Chris Haugen is a recording artist and guitar tutor from North California who is a bonafide zen master on the lap steel guitar. His music sounds like it’s the soundtrack to some magical story of everything around him. He intuitively absorbs and tunes into things and then translates these moods and feelings into wonderful instrumental music you feel and experience like an old fond memory. As a keen yoga practitioner and surfer his laid back attitude and relaxed playing style have gravitated him towards the wonderful soulful and haunting sounds of a weissenborn. This is wonderfully showcased on his 2008 album “Seahorse Rodeo” which is a feast of sublime slide work encompassing one of my favourite weissenborn tracks ever “Green”. It was my pleasure to talk to Chris recently about his career and to try and get a glimpse into his cinematic world of slide music.

Hi Chris thanks for taking time out to talk to me. I like to start off by touching base with one of your many musical facets, your teaching vocation. As a profession lap steel teacher it gives you a perfect insight into what fundamentals you need to play this instrument. If I were a total novice and booked a lesson with you on the Weissenborn tomorrow, what’s the first thing you’d teach me?

First off, we would have to get oriented with the bar. How to hold it etc. And the different types of bars, though for a beginner a “Stevens” type, with grooves is probably best. Then I explain that steel is so much about your right hand technique, muting, picking etc. Your left hand is limited, which is opposite of the guitar in some ways.

What other attributes or techniques are important to practice and master in order to be a good lap steel player in your opinion?

Would you like to comment on the old debate about whether or not you need to have had a solid musical theory training to be a proficient musician. In this day and age is that still the case?

Turn off garage band, pick up your guitar.

It’s often been said that because the Weissenborn is still such a minority instrument the learning resources are very very limited. So from a teacher/musician point of view what can people do to help them selves. “Ear training” or “Playing By Ear” seems to be a keystone attribute to all the best players out there but how does one go about acquiring those skills.

Mostly, I play along with a drone, and “feel” the intervals slide into tune. Like I would drone the lower strings, and play a scale on the upper strings, and stop on various pitches and hear how they sound. And use the fret markers as a guideline, not as an absolute.

Talk us through some of your favourite open tunings. What open tunings would you recommend Weissenborn players should explore?

I use open D or C and DADGAD almost exclusively. 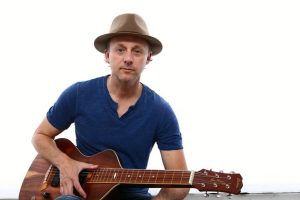 So going back now when did you personally first discover the Weissenborn? And tell us if you can what were your very first impressions?

Way back when, I saw one in a pawn shop in Eugene, OR. Before they were popular, and before I played one. Sure wish I would have bought one then! Some years later I met David Lindley a few times through my drummer friend Wally Ingram. We played a bit and talked shop. Pretty much the coolest thing that can happen to an aspiring player.

What is it’s USP for you, what keeps you coming back to it?

Its expressive and soulful. Haunting. I play with a lot of singer/songwriters and it often is a good match.

What’s the reaction when people see you play it, are they like what’s that?

They are blown away. 🙂

What slide artists do you admire and for what reasons?

Ry Cooder, David Lindley, Greg Leisz. The LA masters, you could call them. Great players, great tones, and all about the songs.

Tell us about the weissenborn(s) you currently own?

I have Jayson Bowerman Koa, and a Superior with a cedar top that sounds amazing tuned to C# or C.

The Asher is amazing. It actually was one of the first guitars he built for Ben Harper. Its my go to electric. So musical. Stops people in their tracks.

Living in Sausalito (near San Francisco) California must be such a great place to be a musician. What’s the music scene like there these days.

I recently signed a New Age record deal, so my scene at the moment is all about connecting weissenborn and yoga.

Are there any other Weissenborn playing artists out on the East Coast scene at the moment that you know of?

I run into players here and there. We are a bit of a band of rogues, you know.

I’ve often thought there must be a direct correlation between a persons geographic location on this earth and there subconscious musical bias. The Californian sun, sea and surf must be very conducive to creating your particular style of uplifting cinematic acoustic instrumentals? So my question, do your immediate surroundings reflect in your music?

Absolutely. My love of the ocean and surfing is my primary source of inspiration. The wind, the waves, the depth, mystery. A bounty of metaphor that can be translated to music. 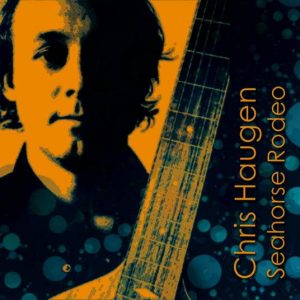 Let’s talk through your solo albums briefly. First up your debut album ‘Beg Borrow Steel’ in 2004. Looking back over a decade later what are your fondest memories about that release?

“Sunrise” was the first song I ever recorded on Weissenborn. Its really beautiful.

Tracks like ‘House Of 9’s’ and ‘The Shop’ let the Weissenborn take centre stage on that album. How long had you been playing your Weissenborn back then.

Weeks. But I had played an old Magnatone lap steel before that.

You then worked on the ‘Into The Wild’ film score in 2007 with the amazing cinematic instrumentalist Michael Brook a film produced by Sean Penn. On the film score what tracks are you contributing on as there is a lot of tracks on that album.Michael Brook’s instrumental music is amazing, his cinematic soundtracks are some of the greatest musical journeys anyone could be taken on, this must have a dream gig for you?

I worked with Sean Penn and Jerry Hannan on the score. Sean lived in Marin at that time, and he would pass along scenes for us to score. The process was a lot of fun.

For a Weissenborn fan it’s really your second album that holds the greatest appeal and interest I feel. ‘Seahorse Rodeo’ from 2008 has lots of lead Weissenborn to be found on it. Tracks such as the seminal ‘Green’, and ‘Passage’, ‘Mojave Chic’, and ‘Wooden Raft’ really are some of your best Weissenborn material you have recorded in my opinion. What contributing factors dictated a definite increase in the instruments presence on this album?

I had a good publicity buzz from “Into the Wild”, and “Green” was an outtake from those sessions. I wanted to build on that sound, and capitalize on the moment, so I made Seahore Rodeo. I am very proud of the record. I wouldn’t change a thing.

On the stand out Weissenborn track “Green” what is the tuning you use and what are the lyrics you whisper?

E major. That is Jerry Hannan singing. There are several lines, and the one I really love is this: “I found myself in a peaceful world”. 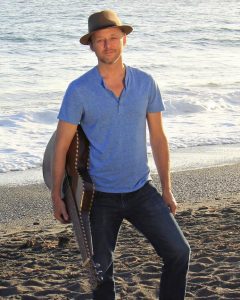 Third studio album ‘Self titled – Chris Haugen’ 2013 less acoustic all round with a lot less Weissenborn here, more electric lap steel and electric guitar with elegant but eclectic song based tracks with collaborative vocal duties. You describe it as “Cinematic stories told by sound” what stories are you conveying in these songs.

I am a bit of an impressionist musician. When I work in the studio, I often dial into an instrument or sound that speaks to me, and begin writing from there. So the songs don’t always have a story beyond the beauty of the sound itself. Its like watching sunset. It is its own narrative.

You have a deep love of yoga I understand as is shown on the album ‘Music For Yoga’. Tell us about this little known gem from 2013 ‘Music For Yoga’ release which you describe as “Over 50 minutes of blissful acoustic music on a weissenborn guitar”.

I went over to my yoga teachers house and recorded my weissenborn with one mic while she did yoga. That recording ended up landing me a record deal with www.RealMusic.com.

I love it. Its great to play music without having to entertain. I just go deep with the sound. 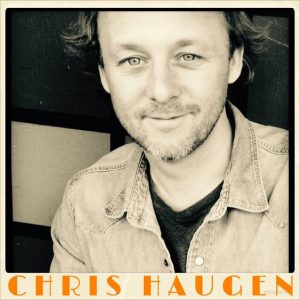 Any plans for ‘Yoga II’ or “More Music For Yoga”?

Why yes, actually. I have a completed ambient Weissenborn record to be released this fall. Here is the press release:

What projects are you involved with lately and what plans are on the horizon musically speaking.

I have been really focused on this yoga record, which turned out amazing. I look forward to bringing electric music back into the mix. I have some tours brewing for the summer.

Are there plans for a new solo record anytime soon? And what direction are you looking to take this time around?

Its all about the yoga record for now! It will be out in the fall. 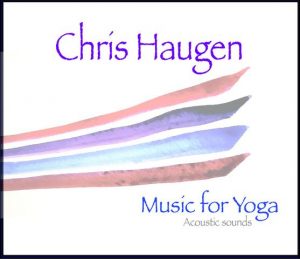