Just so we are clear this isn’t a definitive description or explanation of Hermann’s inventory as over the years because that would contain numerous “exceptions to the rules” i.e guitars that didn’t follow the normal guidelines. So except this as an introduction to the fundamentals of his style system. For those of you who wish to read more advanced material on the Weissenborn story I suggest you purchase Tom Noe’s amazingly detailed book about Knutsen and Weissenborn called “History And development Of The Hawaiian Steel Guitar”. 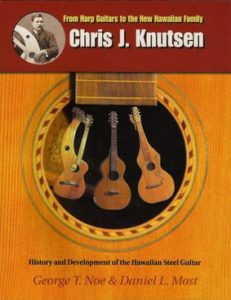 Back in the day Hermann Weissenborn advertised 4 different styles of Weissenborn guitar, styles 1, 2, 3, & 4. 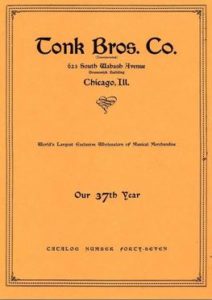 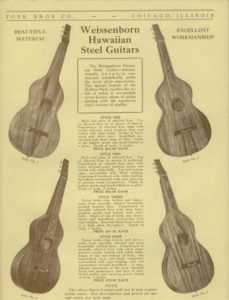 All 4 styles (1-4) had different price points with varying degrees of ornamentation. It was basically this ornamentation (and increasing quality of Koa) that differentiated the models or “styles” as he referred to them. These included different degrees of body edge rope binding, soundhole decoration and finger board/headstock decoration to name the main differences.

It’s important to note that it was only the ornamentation that changed and not structural dimensions or actual designs (although there were other rare models made notably the one called the ‘Teardrop’ which was a different body design but they still adhered to the same ‘style’ system).

Another factor in the pricing and ‘styles’ system was the quality of Koa (or in some occasions Spruce) wood used. The style 1’s having simpler, plainer graining while the style 4’s offered up more exotic curly grained Koa that was more desirable and arguably more expensive to procure.

From the plain and simple style 1’s to the all singing all dancing style 4’s to the less popular “inbetween” style 2 and 3’s there are defined differences that were set out very clearly in Hermann’s product range. These were adhered to for pretty much the whole of the company’s productive output with the obligatory “rare” anomalies that slipped through the net and didn’t obey the guidelines.

It could be argued that because he wanted to offer customers a sliding scale of price “to suit all pockets” that this necessitated the levels of ornamentation he had to create to justify the differing pricing.

These styles were best shown in the annual Tonk Bros. catalogue. The catalogue was a compendium of musical instruments of the day from hundreds of different companies and Hermann had two double page spreads advertising his goods, including his different styles of weissenborn. 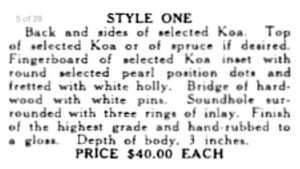 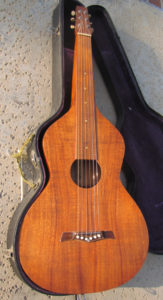 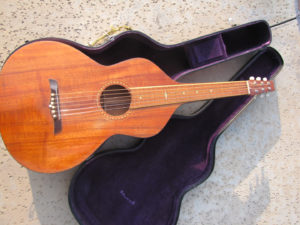 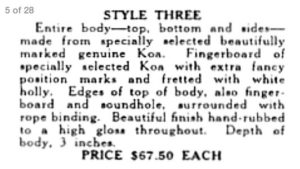 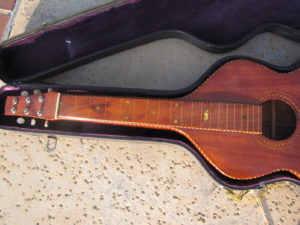 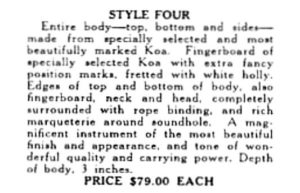 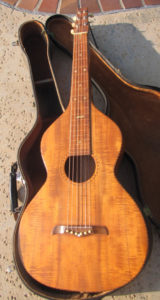 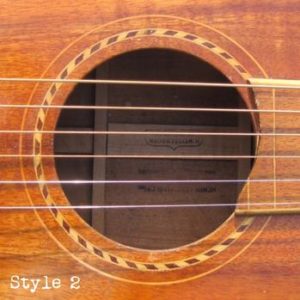 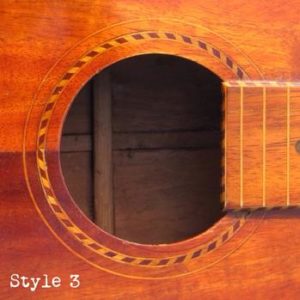 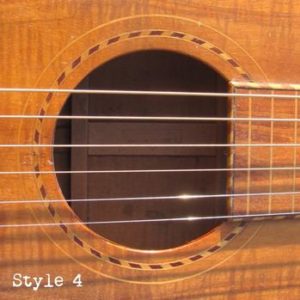 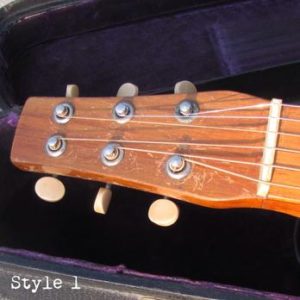 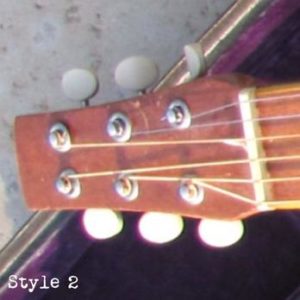 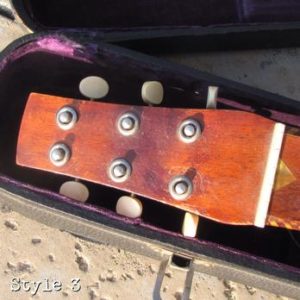 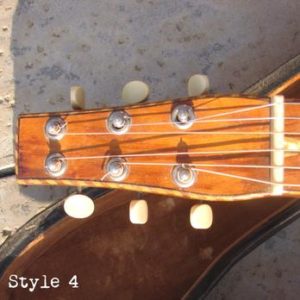 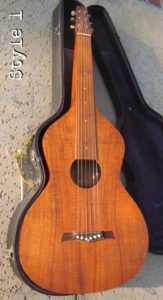 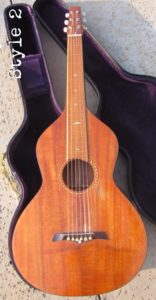 Today’s modern day Weissenborn luthiers still use the same criteria by and large to differentiate their own models.

In today’s market place style 1 and style 4 seem to be the most popular models, the “all or nothing” syndrome. The plain and simple design of a style 1 appeals to many purist guitarists nowadays. It’s not ostentatious or blingy, it’s unfussy and classic looking by today’s modern day “less is more” philosophy.

The style 4’s are probably equally as popular as they are totally the opposite and totally indulgent in decoration and ornamentation. They hold a touch of the vintage “of the period” fashion to them, fancy and eye catching with their acres of contrasting rope binding which was very poplar in the heyday, not to mention the most curly, lustrous Koa available.

Styles 2 and 3 are possibly the “half way houses” that most people over look nowadays but luthiers will (and do still) make them to order but arguably on a lot less occasions than styles 1&4.

Many thanks to Dan Yablonka for suppling all the photos used in this article, the guitars are all from his personal collection of vintage original weissenborns.

Dan has been a player/buyer/seller of rare & vintage guitars since 1976 and also is a published songwriter in his own right. If ever you were in the market for an original 1920’s weissenborn he is the man you should go to first. Try the links below to see his websites and his companies ever changing inventory.